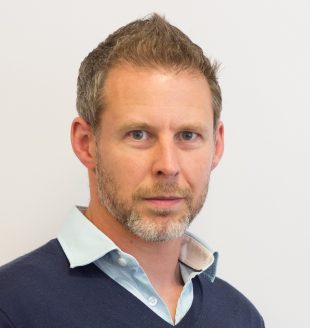 A guest blog from the Chartered Institution of Water and Environmental Management's (CIWEM) Director of Policy, Alastair Chisholm.

When major floods occur, there is a commonly heard call to "dredge the rivers!" as a solution. But is it?

In the winter of 2013-14, and the preceding winter, the Somerset Levels experienced serious flooding as a result of successive winter storms bringing extreme levels of rainfall to the region time and again.

Large areas of the Levels were inundated as river embankments overtopped. It took weeks, stretching into months for the water to drain away, leading to calls for far more extensive pumping and dredging to get rid of the water more quickly.

Ultimately the Environment Agency dredged the rivers Parrett and Tone and the Somerset Rivers Authority undertakes frequent maintenance dredging to maintain larger channels. The Levels have not experienced such serious flooding since.

Research at the time indicated that given that succession of storms, dredged rivers in Somerset wouldn’t have prevented the floods. Any additional capacity and conveyance created would have been far outweighed by the amount of water that fell and flowed down the catchment. What dredged channels would have done – and will do in future – is reduce the duration that flood water sat on farmland causing considerable damage to crops and homes.

So, is it the answer elsewhere?

No. Most flooding has occurred in areas where rivers flow considerably faster than in low-lying areas like the Levels. Here such rivers suffer far less from sedimentation and often self-scour with the energy of the water mobilising sediment and preventing excessive siltation.

Expanding the channel in such places would be referred to more as channel engineering and would commonly be associated with the construction of hard defences through towns or cities.

Conveying water away more quickly in this manner is far from risk-free. Faster flows place greater strain on structures such as bridges or defences downstream and can be highly dangerous as we’ve tragically seen this winter. It speeds more water towards downstream communities even faster, potentially putting them at greater risk.

Much of how we’ve managed our landscape over recent decades – centuries even – has contributed to this rapid water conveyance and flood risk.

Allied to more frequent and intense rain events associated with climate change, more intensive agriculture characterised by compacted soils and fewer hedgerows, growing villages, towns and cities with their associated hard surfaces – which rainfall runs off rather than soaking into – are all collectively ushering rainwater into river systems more quickly.

There it flows, quickly downstream, in a flood peak. The faster water arrives in the main river, the steeper, and potentially higher that peak.

That’s why flood risk managers are now looking to take every opportunity to ‘slow the flow’. This essentially means undoing the effects of the land management actions taken in the past.

It can be done through engineering artificial storage areas with quite hard structures, or working with nature to make maximum use of the highly effective ways in which it can hold back water.

In urban areas, sustainable drainage systems store water, usually in surface features such as ponds, channels, raingardens, green roofs or tree pits, or promote infiltration into the soil via soakaways. This is instead of directing rainwater straight into surface drains leading straight to rivers.

More extensive tree cover can slow the rate at which rain hits the ground, then once it reaches the ground their roots help it to soak in and as water flows down hillsides, fallen trees in streams or woody dams can store water in ponded areas. Wildlife such as beavers can help create these features.

Other habitats, such as upland peat bogs are also excellent at locking up carbon and similarly can store large amounts of rainwater high up in the catchment. They need to be restored and protected.

Even with these interventions deployed extensively, it is likely that we’ll still experience more serious and frequent storms with risk of flooding. More investment in new hard defences, alongside maintenance of existing ones, will always be part of the solution.

Yet still there will be ‘residual’ flood risk. Improving the flood resilience of more individual properties, using flood barriers and doors and more resilient construction techniques should be used more widely.

The exact combination of interventions is most appropriate in any given location will vary. In limited cases, dredging could be part of that picture, but it is a long, long way from the silver bullet that some suggest.

For a more in-depth discussion of this complex picture, read Floods and Dredging – A Reality Check.