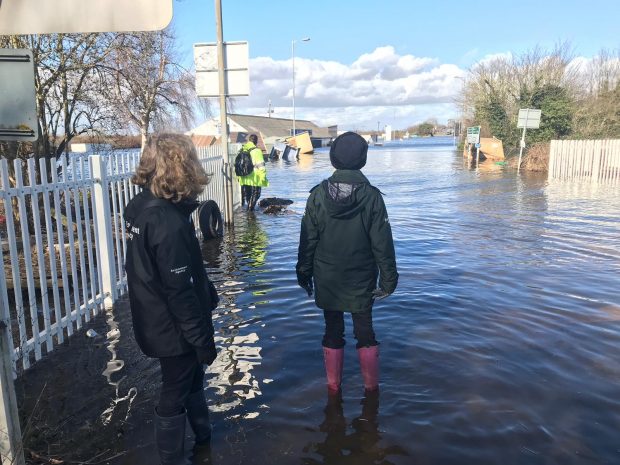 As people will have seen on ITV’s “Britain Underwater” this week, the experience of having your home or business flooded is hugely distressing. The emotional and economic damage cannot be scrubbed away with the mud. This month, I’ve met communities coping with the worst of the impacts and their grief is palpable.

Of the 5.3m properties at risk of flooding in this country, 0.08% were flooded during the autumn/winter floods, which gives you an idea of what some areas have been through recently.

The Met Office says February 2020 was the wettest February on record for England and the fifth wettest of any calendar month since 1862. In England 154.9mm rainfall fell, 258% of the average rainfall for the month. When the Met Office produce rainfall data their maps usually record up to 200% of average rainfall. Last month, they had to create a new scale above 400% for some areas.

Highest or second highest river levels on record were reached on 13 rivers including the Aire and Calder in Yorkshire and the Severn and Teme in Shropshire and Herefordshire. The levels of water have been higher than the summer floods of 2007 when 55,000 properties flooded.

I mention 2007 because I want to illustrate the progress and hard work that has gone in from the Environment Agency, the government, local authorities, Internal Drainage Boards, and local communities to improve flood protection in England. During the recent floods 127,600 properties were protected by flood defences, including 34,200 over past two weeks.

During Storm Dennis 1,000 Environment Agency staff per day were mobilised on the ground to operate flood defences and temporary pumps, clear debris from rivers, inspect damaged flood defences and make repairs. This included the deployment of over 6km flood barriers and 90 mobile pumps. It’s been hugely inspiring to see the grit and determination shown by the Environment Agency, emergency services, military and local community volunteers.

I saw that in a different way on Tuesday in Scarborough at the opening of a £16 million scheme to protect hundreds of properties from falling into the sea. The collaboration between the Environment Agency, Scarborough Borough Council, contractors and the community on the project was a timely reminder that the best flood and coastal protection is created when it’s not raining.

While I want to celebrate such work, there’s more to do. The climate emergency means we will see more of the types of storms we have seen this year, and the Intergovernmental Panel on Climate Change says once-a-century sea level events will be annual events by 2050.

Hard concrete defences are key to our response, but we can’t build limitlessly high walls and barriers. The suggestion that we can keep places dry is dangerous, because people need to remember that nature can and will find its way through: we must be vigilant and resilient. We will say more about how we intend to help people do this in our flood strategy out this spring.

It has been an extraordinary month, but the science is telling us that it may not seem so extraordinary in the near future. To better overcome the misery of flooding the country must change its approach and become more resilient.

As people learn how to do that, they can be reassured they are not alone: the Environment Agency is here to help.