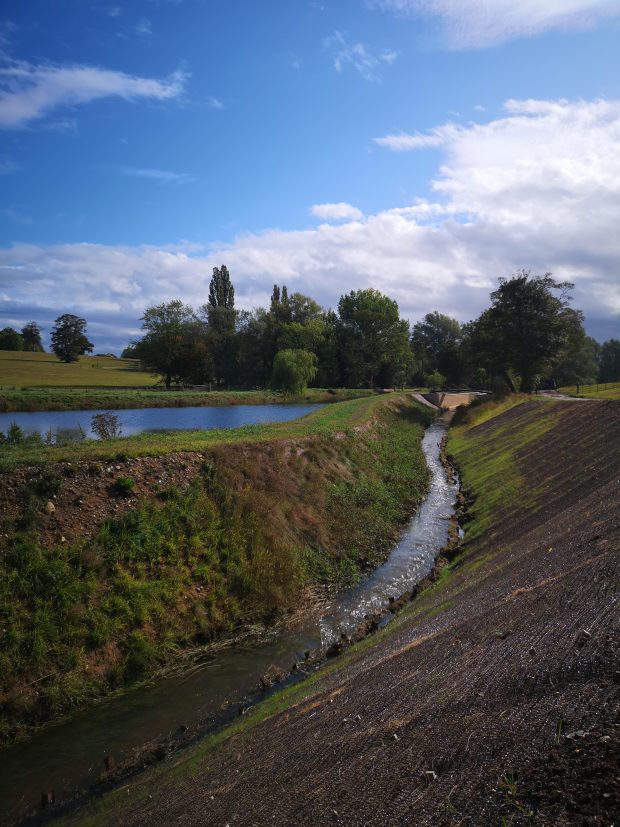 By Meg McCann, Lead Project Officer for the Colne and Lea catchments

Chalk streams are a rare and valuable habitat. 80% of all chalk streams are found in England, mainly in the south and east of the country. Along with the Environment Agency water companies, landowners, farmers, fisheries and river users have a role to play in protecting and enhancing them.

As the lead project officer, I have worked closely with the local water company, Affinity Water, and other partners to help protect and revitalise chalk streams in the Colne and Lea catchments lying to the north and west of London since 2015. Our objectives have been to restore these precious habitats, improving wildlife and recreational value while also increasing resilience to climate change.

One of the chalk streams we have focussed on has been the River Beane, which faces many threats including abstraction, impoundment structures preventing fish passage and sediment from agricultural run-off. As part of the Water Industry National Environment Programme (WINEP), we asked Affinity Water to address the main issues affecting the River Beane. WINEP is an agreement with water companies to deliver a programme of improvements broken down into yearly milestones, agreed with Ofwat. As the regulator, the Environment Agency is responsible for agreeing with the water companies what measures are going to be undertaken to improve our rivers.

Working with the landowner

This has been a challenging project, as part of the river runs through Woodhall Park, a Grade II listed parkland. Any changes had to be in keeping with the historic landscape and required consultation with the Local Conservation Officer. The lake and weir needed to remain in place but were preventing fish passage, and flows were slow due to trapped sediment.

In addition, a breach in the bank of the lake back in 2016 had caused the lake to drain and revealed that, over many years, the lake had filled with silt contaminated with hydrocarbons, which was detrimental to the ecology of the stream. Lakes such as these can interfere with the functioning of a healthy river, and can have a damaging effect on the ecology.

This gave Affinity Water an opportunity to improve the connectivity of the river, bypassing the two weirs. The first phase of the project was completed in January 2018 which bypassed the first weir, creating a new meandering channel across a grazing field so that fish could move easily upstream.

The second phase bypassed the next weir by installing a new river channel to improve fish passage, creating a range of chalk stream habitats, and splitting the flow of the Beane between the new channel and the lake. This meant the lake could still exist as part of the parkland, but wildlife can flourish in the flowing multi-habitat type channel – a win for people and wildlife.

This project has had extremely positive feedback from the Woodhall Estate owners and from the local community, who plan to work together on further projects. The work is so successful that it’s led to other landowners becoming interested in working with Affinity and the Environment Agency on projects on the Beane and other chalk streams.  Early indications confirmed by riverfly monitoring show there has been a positive impact on water quality. We are also seeing a lot of new plant species growing in the new river channel, an indicator of improved ecology.

Although the challenges associated with chalk streams are complex, projects and partnerships such as this can make a real difference. It feels great to be part of that work and to be able to showcase our successes.