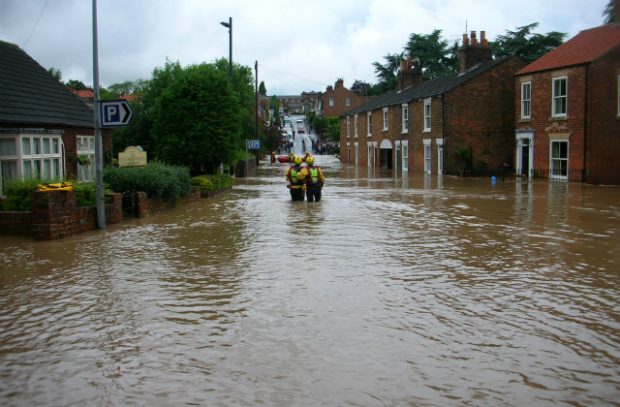 My son Isaac is 10 years old this June. He was born during the wettest summer I can remember. I was a Field Operations team leader at the time, based in Short Ferry near Lincoln. While I was at work, eagerly waiting for the call to say that Isaac was being born, it became clear to me that this was an unusually wet summer. The storms were really heavy, very localised and scattered across the country.

A duty officer recalled to me how on a sunny dry day in Lincoln, he watched a river level on our monitoring system turn vertical with little warning. The river he was monitoring was near one of our offices a few miles down the road but as far as we were aware, other than a few localised storms, the weather had been fine. He called the office to check on what he thought was an error with the system and they answered, while still in shock that their car park was under water.

This was indicative of the storms of that summer; little warning with high intensity. Flooding was immensely difficult to predict and respond to because of the nature of the storms. Water fell so fast that rivers formed on fields, along streets and then flooded people’s homes.

Some of the key learning we took from 2007 was to build on this great partnership working and we now boast an even more co-ordinated approach to incident management.

Following the 2007 floods, we have produced joint plans that ensure we are deploying our resources in the right places at the right time, making best use of our expertise. Our Local Resilience Forum is working even more strategically, taking time out to test ourselves and prepare ahead for environmental incidents. For example, we ran workshops across the Local Resilience Forum on how we would manage a flooding event on the east coast. This paid dividends when we actually experienced that very thing in 2013 where over 1,000 properties were flooded in our area alone and again more recently in January 2017

Most importantly for me, being part of our Local Resilience Forum now feels natural and is an integral part of incident management. We are all respected for what we bring to the forum and trust each other to do the right thing. I remember calling the head of emergency planning who was based in Strategic Command prior to the east coast surge hitting in 2013. The call was to inform him that we were going to issue a severe flood warning and without question he put into place plans to evacuate our portion of 18,000 homes along the east coast. That was testament to the upfront effort that we had made in developing our relationships, understanding and preparing how we would respond to such an event. It saved lives.

Preparing for flooding does not just lie with the local resilience forum and emergency services. Communities in flood risk areas have an important role in preparing their own actions plans and ensuring that they are signed up to receive flood warnings. There is lots of useful information here.

The ‘traditional’ flooding season prior to the floods of summer 2007 was considered to be from autumn through to spring – no more though. There is no break from being prepared. Spring, summer, autumn or winter - we are ready!