I am a Senior Archaeologist providing heritage advice at the Environment Agency. I’m lucky enough to be part of a scheme that has used innovative technology to make sure that we properly investigate archaeology. All the while reducing the impact of our investigations, and saving tax payers money. 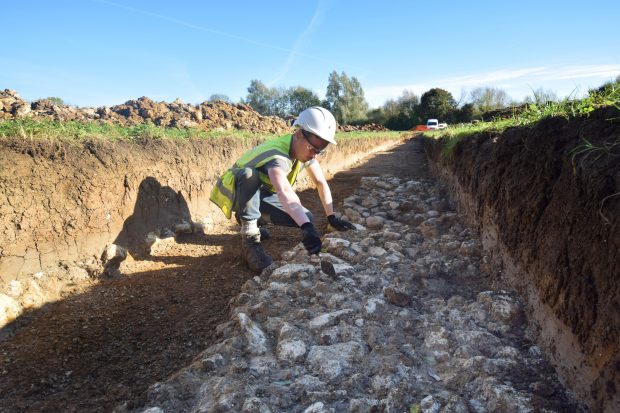 The Oxford Flood Alleviation Scheme is a major new scheme to reduce flood risk to homes, businesses and key transport links in Oxford. It will involve lowering the floodplain to the west of the city, most of which is farmland and flood meadow. Oxford is an important cultural and historic centre and the River Thames has always been an important route way and resource. It was immediately obvious that the Oxford Flood Alleviation Scheme would have heritage implications. There is a Scheduled Ancient Monument at Old Abingdon Road. Another factor to consider was that little previous archaeological work had taken place. The archaeological potential of the area within the Oxford scheme boundary was virtually unknown.

A few years ago I attended a workshop on deposit modelling run by Historic England. Deposit modelling is a method of identifying and mapping the buried historic landscape using information from boreholes and geophysics. For example using electromagnetic survey to examine the conductivity properties of the earth.  This helps build a picture of where the concentrations of archaeology may lie. Having this knowledge means more intrusive excavation can then be conducted in a much more targeted and efficient way. 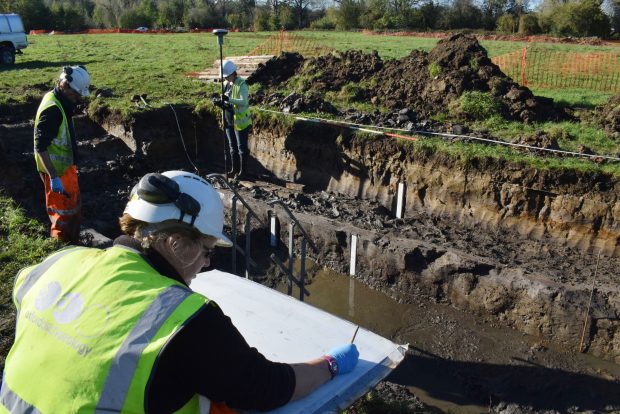 It was immediately clear that the scheme would be an excellent candidate for using this technique. Without specific targets the standard scattergun approach would be to dig trenches across the site totalling 4% of the area. It doesn’t sound like much, but the scheme area is around 5km long and this would be expensive and potentially disruptive.

We asked Oxford Archaeology to devise a bespoke methodology for the scheme to produce the deposit model. This showed that the western floodplain of Oxford had originally been a complex braided and shifting channel system which initially formed at the end of the last Ice Age. Gravel islands were identified that might once have been attractive to groups of people as places to live on. Areas between high ground and watercourses might have been used for activities such as fishing and reed gathering. The deposit model was used to identify areas of high, moderate, and low archaeological potential. 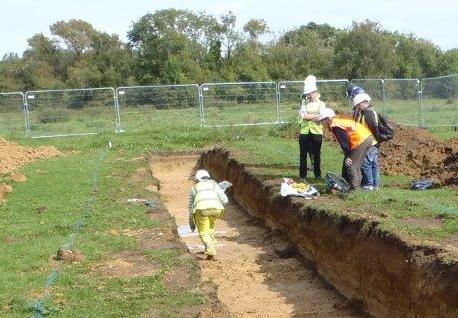 By using this innovative approach, we reduced the number of trenches that needed to be dug by 200, whilst still gaining the information needed.  The trial trenching has been effective in identifying areas of archaeological activity and this information was used to inform the final design of the Oxford Flood Alleviation Scheme. This reduced the inconvenience to landowners and the general public, caused less harm to existing habitat, and made an efficiency saving of around £400,000 of tax payers’ money. 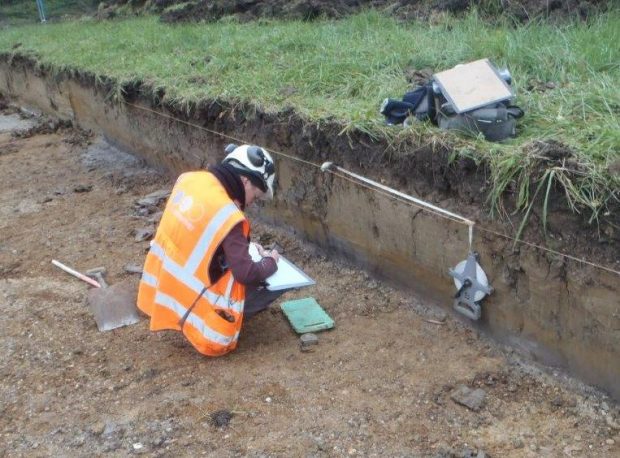 Jane Corcoran, Regional Science Advisor at Historic England told me that our work would make an exemplary case study on intelligent use of deposit modelling on other projects, and I was so proud. Jane was one of the organisers of the original deposit modelling workshop that I attended all that time ago and so the story has almost come full circle. It has been brilliant coming up with an innovative solution that benefits everyone. Our work will now be used as a case study in Historic England guidance which will be published soon.

We have achieved more for less and this is definitely something to be celebrated.