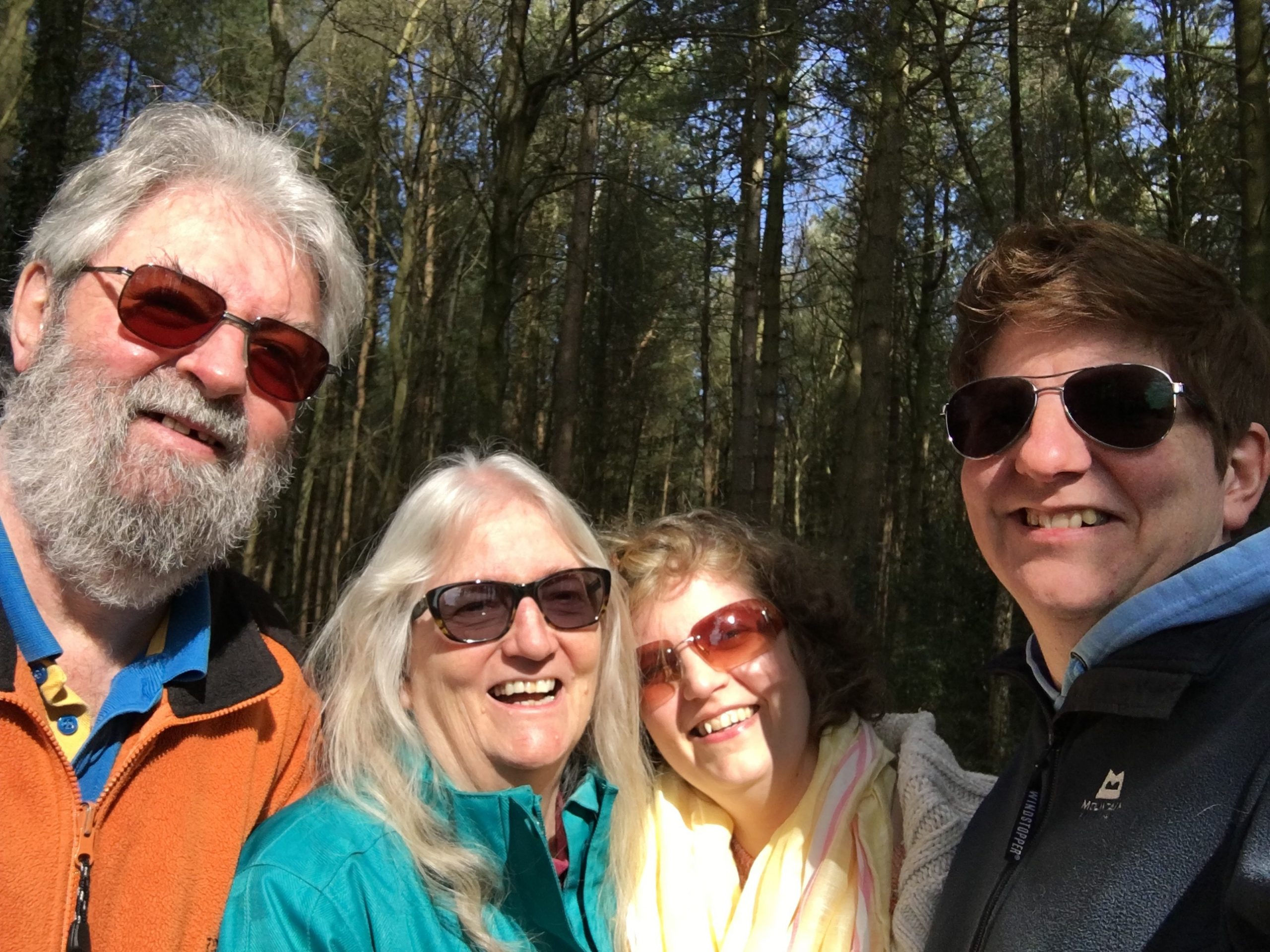 “Don’t come out to your parents, they’ll disown you!”

That was what my university friends told me, just before I was due to go home for a weekend, shortly after I’d started seeing my first girlfriend.  I don't know why I listened to them at first.  They’d never met my parents, didn’t know they were kind and loving, only that they were Methodist Ministers.  So why was that their first reaction, and why did I listen?

That was in the early nineties, and whilst I’d never heard anything negative about homosexuality from my parents, I had heard a few mutterings from the church I had attended.  So I was scared of my parent’s reaction.  I shouldn’t have been.  My parents are awesome, and had for years known I was gay, and decided quite early on that I needed to discover it for myself, and that they wouldn’t tell me. They therefore orchestrated lots of opportunities for me to tell them - but that is a whole different blog!

I grew up in a house full of faith - my parent’s faith, my sister’s faith, and the faith of all the congregation who regularly visited.  I was 14 when I was confirmed, affirming my faith in God, in public, in church.  At the same age, I was starting to have a sense that I was gay.  It is only now, writing this blog, that I am thinking about whether I hid from that part of myself in order to belong in the church, or whether I was simply not ready to recognise that part of me. But deep down, I recognise that I had been hurt by comments made by members of the congregation (not to me) about homosexuality, that did make me wonder whether I could ever properly be part of something that didn’t recognise and accept some human beings for who they are.  My mum once said to me the church is the people, not the building.  Well if the people were like that, I wasn’t sure I wanted anything to do with it.

When I started university and joined the women’s football club and the local Methodist church, I realised I had a conundrum to deal with.  Services clashed with matches.  I chose football.  At that point, I probably should have started thinking about my faith more than I did, as I’d quite easily deprioritised God over football.  But I didn’t think about it very hard or for very long.  I put it out of mind and enjoyed student life.  For years, on forms and census, I’d say I was a Christian, and it’s only in recent years I have been confident to say I have no faith; that I don’t believe in God.  And that journey has been coincident with my discovering and being honest with myself about who I am, not just my sexual orientation, but my gender expression, my occasional depression, and feeling comfortable in my own skin.

My mum became ordained when I was eleven years old, in 1984.  The Methodist Church were quite progressive when it came to women in leadership roles, although the prize for first belongs to the Quakers.  It’s a different story for LGBT+ ministers. In 1993, the Methodist Conference (the rule making body) voted in a series of resolutions on Human Sexuality (including gay and lesbian issues), that affirmed and celebrated the participation and ministry of lesbians and gay men in the church, and committed to a pilgrimage of faith to combat discrimination and give dignity and worth to people whatever their sexuality.  Before this point, they simply didn’t ask or acknowledge that an ordinand might be gay or lesbian.  I can only imagine how those gay and lesbian ministers felt, watching on in the public gallery during the debate.  I know my mum spent much of the time in tears.

These resolutions were reviewed in 2007, and it was agreed not to change them.  Whilst some folk wanted them to be made more inclusive, there was enough opposition such that, reading between the lines, the decision was taken to not reopen that can of worms as the church wasn’t yet ready to move forward.  Like most institutions, change can be slow.  Most journeys of inclusivity have to start somewhere, and involve compromise in order to make progress.  You just have to look at how civil partnership legislation came about.  That first half step on the journey to equal marriage came at a time when UK society (and Parliament) weren’t quite ready for the full blown thing. That half step was crucial for enabling subsequent change.

The Methodist Church has been considering the issue of same sex marriage since 2013.  Discussions at the 2014 Conference concluded that there was no reason why a Methodist could not enter a legally formed same-sex marriage but that further work was needed before considering whether or not the Methodist understanding of marriage (“that it is a gift of God and that it is God’s intention that a marriage should be a life-long union...of one man and one woman.”) should be reviewed. Discussions also took place at the 2018 conference (including a motion to ensure future options included “a way forward that is consistent with the existing commitment to live with contradictory convictions”); and the 2019 Conference. The issue is due to come back to what will now be a virtual conference in 2020. Still, at present, same-sex marriages cannot be solemnised in local Methodist churches.

Whilst I know that the Methodist church is not as inclusive as it could be, and I understand why one LGBT+ group within the civil service objected to the use of Methodist Central Hall in Westminster for meetings, it is by no means the least inclusive of various denominations of the Christian faith.  I also recognise that the hesitancy that the Methodist church displays in becoming more inclusive is painful/hurtful to many of its members, including my parents.  And I can totally understand why it might not feel a welcoming place for some LGBT+ people of faith.

There is a perception sometimes, not by everyone, and not everywhere, that having a faith and identifying as LGBT+ is in conflict.  I don’t think that is the case now, but when I was 18, I wasn’t brave enough or secure enough in my own self to truly believe that.  There is a book recently published called “The Book of Queer Prophets”.  Curated by Ruth Hunt, the former CEO of Stonewall, it contains personal testimonies of 24 writers on sexuality and religion.  The back cover headlines with:

Can you believe in god and be gay?

Can a Muslim also be a drag queen?

How can faith communities be more Inclusive?

My answers are yes, yes, and they certainly can be, but it’s not always easy!

In exploring my faith, or ultimately, recognising that I didn’t have one, I realised that I didn’t stop believing in order to make space for being gay.  I just didn’t believe.  I admire people of faith for having that all-encompassing belief in a god or gods; it’s just not for me.  And I think in all honesty, my Mum was way more upset when I told her that I didn’t believe in God, than when I came out as a lesbian.