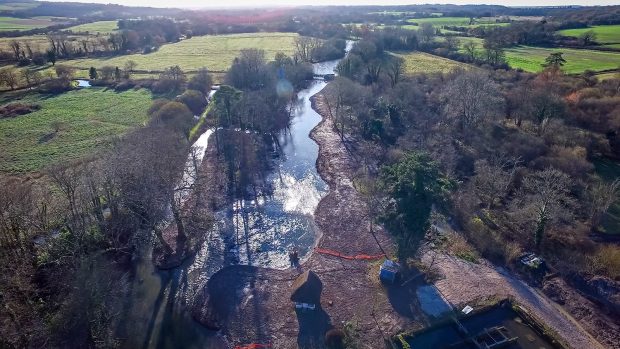 Maybe surprisingly to some, the world famous rivers Test and Itchen are having a hard time. Designated as Sites of Special Scientific Interest (SSSI) in 1996, both rivers are presently classified by Natural England as being in ‘Unfavourable’ condition. This means they are not supporting the flora and fauna usually associated with a healthy Chalkstream. Industry, historic dredging, barriers and siltation are just some of the problems preventing these world famous rivers from reaching their full potential.

Chalkstreams and the plants and animals associated with them need light, flowing water and good water quality to thrive. The Test and Itchen River Restoration Strategy is a joint project between the Environment Agency and Natural England, whose aim is to work collaboratively with owners and fisheries to provide these conditions through river restoration and enhancement. Since 2012, the Strategy has worked with over 20 owners and restored many kilometres by; channel narrowing, bed level raising, building islands and removing structures. This is the story of one of these successes in 2017.

Between November and December of 2017 the Environment Agency, working collaboratively with Bossington Estate and using Cain Bioengineering as the contractor, removed one of the largest impounding weirs on the river Test and restored a total of 800m of river. 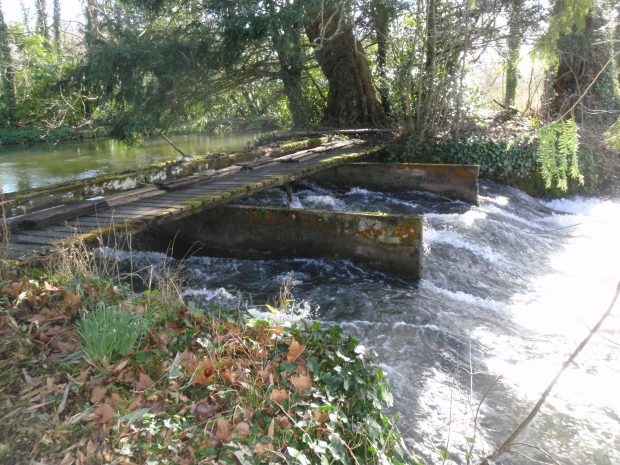 Prior to removal, this weir was impounding 500m of river upstream. This means it was acting like a dam and holding the river back. Velocities upstream of the weir were very slow, creating a ‘silty’, canal-like channel with no Chalkstream features. Once the weir was removed the upstream water levels dropped by nearly 1 metre, and velocities increased. Using 6,000 tonnes of local gravel the river, up and down stream of the old structure, was enhanced by; raising the bed level, narrowing the channel by re-profiling the banks, and using woody materials. Woody material is the terminology used for cutting bankside trees and positioning them in the water along the bank. This helps narrow the river and increases velocities. Increased water velocities encourage particular species of weed to grow and this, along with the branches of the woody material, provide a variety of habitats in which juvenile fish, invertebrates and plants can all flourish. This diversity of Chalkstream plants and animals improves the classification of the River Test SSSI so the true character of a classic Chalkstream can be enjoyed by all. 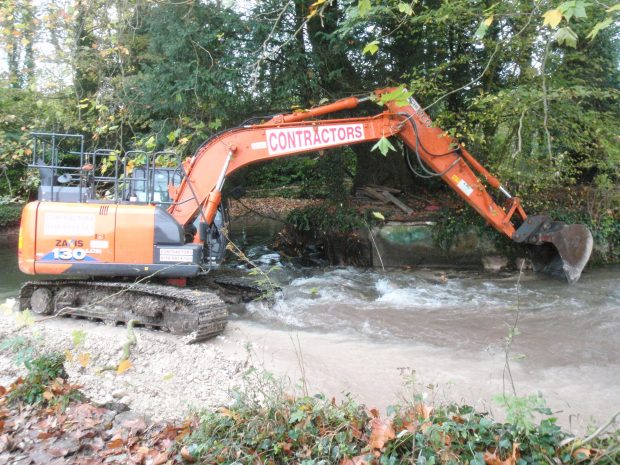 One of the most satisfying aspects of all the hard work for all those involved, is how quickly nature responds to the improvements. For Chalkstreams like the Test and Itchen, the key ingredients are light and velocity. As if to prove this point, only 4 weeks after the diggers pulled out, salmon were seen spawning upstream of the old structure in the now perfect habitat. With salmon stocks on the River Test classified as ‘probably at risk’, it’s great to see returning salmon taking full advantage of their newly improved river.

Together with Government, leaders from NGOs, other partner organisations and stakeholder groups with an interest in salmon and their dependent fisheries, the Environment Agency has committed to the Salmon Five Point Approach. Their mission is to restore the abundance, diversity and resilience of salmon stocks throughout England and the Border Esk. The five areas of the approach are:

The Test and Itchen River Restoration Strategy is just one example of the work the Environment Agency is doing, alongside partners, to help restore salmon.